Shinrin Yoku - Forest Bathing, Back to Nature Wellness in Spain

With anxiety and stress becoming almost commonplace the 'new' fad of shinrin yoku, which translates as ‘forest bathing’ and not too different from tree hugging, is said to calm the body and the mind. A calm mind then helps to lower blood pressure and reduce stress hormones. I believe it, but not in the 'new therapy' boot camp type of wellness holidays that are springing up. You don't need to book a cabin in the woods and have instructors. Do it Yourself. 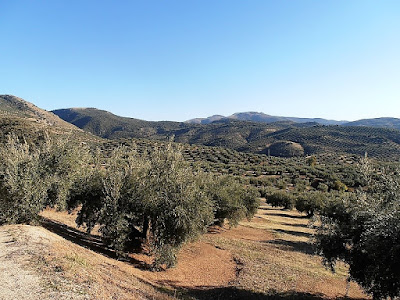 Shinrin Yoku is originally from Japan and is just about going into woods. In the early 1990s it became part of the Japanese national health programme as they were so convinced of the healing properties of 'forest bathing.' 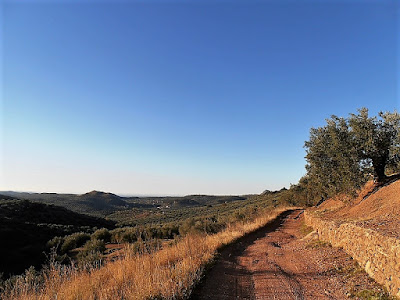 So head away from the towns and cities, distance yourself from the constant noise. Breathe in some fresh air (yes, it does still exist, but has to be sought out) – basically get back to nature. Take a picnic, a hammock or a blanket and air bathe. The therapeutic silence, the being in touch with and surrounded by nature is, I think, a basic human longing. A necessity.

I live in the midst of man's largest man-made 'forest' the sea of olive groves with more than 66 million olive trees in the province of Jaen in northern Andalusia. Silence prevails. Birds twitter, sunshine rules practically every day. Stress isn't common here. It's hard not to relax. Impossible even.

Perhaps I should set a challenge to those who are stressed or full of anxiety and invite them to experience the 'slow life' of the Sierra Sur de Jaen to see how nature cures and restorative to mind and soul. Watch the swallows build their nests and feed their young. Study the humming moth seeking out nectar. Listen to the tinkling of the goats grazing under the olive trees.

Go for a walk and see nobody. Let your thoughts do their own thing. It's amazing how creativity and imagination flow when you allow them to. It's not easy. But when you actually stop scheming and planning then the very essence of you is allowed to fruit. 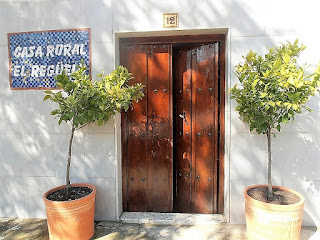 Fancy a bit of shinrin yoku? My holiday rental house, Casa El Reguelo, in a tiny olive growing hamlet in the middle of nowhere is ideal. I can vouch for the peace that surges from within. New fad or not nature rules.


Read other posts about the Sierra Sur de Jaen

Walking in the Hinterland of the Sierra Sur de Jaen