What´s the Difference Between an Alcazar and an Alcazaba?

That was my question. A thought while strolling around the impressive Alcazaba in Malaga, the sprawling hilltop fortress with views across the city and the Mediterranean.

Almost on par with the Alhambra I was enthralled. Patios, roof turrets, death-defying wall-top walkways (no health and safety barriers here), arches, pebble mosaics and water features. Just my thing. On a warm Saturday in April there were few visitors, maybe being the two-hour lunch time helped too. 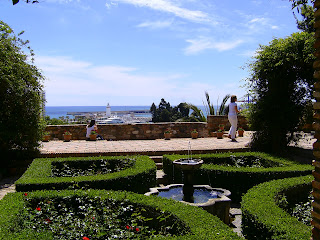 I spent two hours and took over a hundred photos there. It was stunning, romantic and so obviously Arabic by design, built mainly in the 11th century. It is now linked to the Castillo de Gibralfaro a little further up the hill. 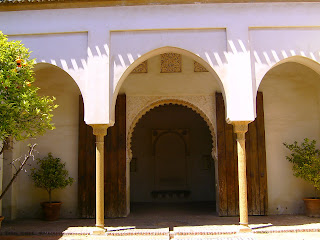 And what is the difference between a castle and an Alcazar or an Alcazaba? Alcazar is a Spanish word meaning castle, palace or fortress, from Arabic - It´s all clear now isn´t it.

Below I´ve listed the Alcazar and Alcazaba list of Spanish monuments, there are also many monuments with the title castle or castillo which I haven´t put down but will look into also. 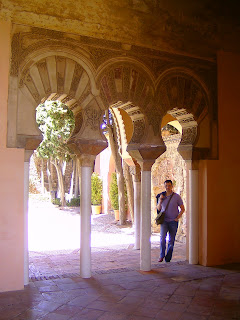 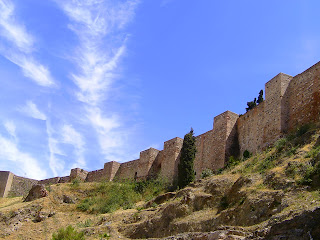