Everybody has heard of Cordoba but what about Los Pedroches an area of pastureland in the north of Cordoba province? I hadn't either! It's the flat area that merges into Extremadura and consists of 17 different towns.

This area was my destination, with A Una Hora de - One Hour From... in this case Cordoba, on a rather wet March weekend. We met at the main dealership GYSA in Cordoba where we were going to leave our car and drive off in top of the range Land Rover and Jaguar demonstation cars. Happily swapping our ancient VW Sharan for a Range Rover Sport HSE we headed northwards, a caravan of around 12 cars, to Los Pedroches and our first stop the town of Alcaracejos. 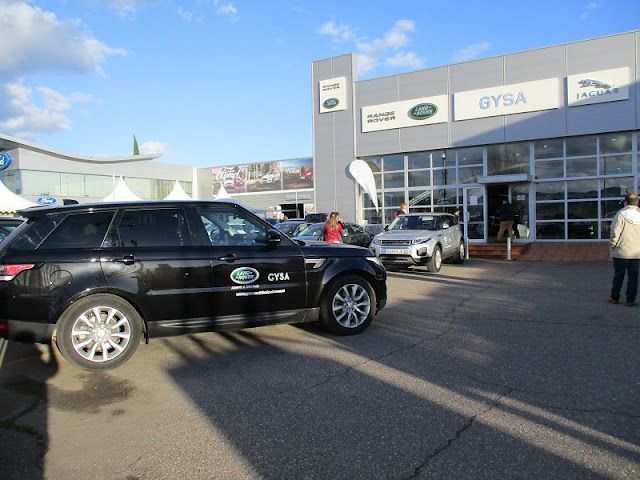 Visiting a silo has never been a top priority of mine but this one housed the Central Termal Los Pedroches, a wellness centre with a huge range of treatments, spa and Moorish style baths. A refreshing and reinvigorating session in the cold, warm and hot baths we tried out the jet spa, individual jacuzzi baths, foot spa but with sadly with not enough time for a massage we moved on again. 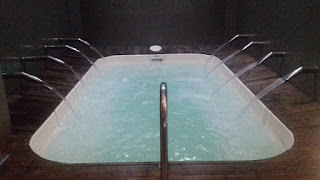 Waiting for us were a local dance group. The traditional dance here isn´t Flamenco but Las Jotas, and the instruments were saucepans, wooden spoons and other kitchen utensils that the ladies had available. Then to dine. Our first, but no means last, sampling of excellent jamon from Ibericos Covap and buffet supper. 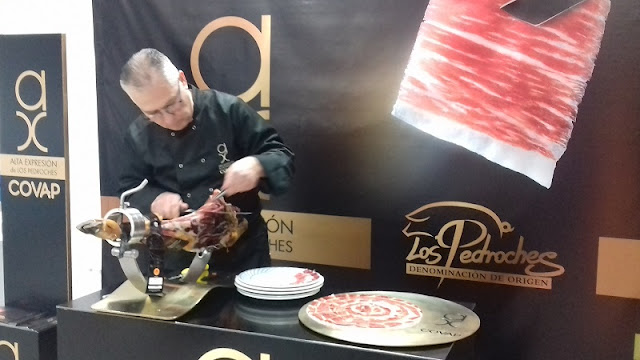 Replete we headed to Pozoblanco and our hotel for the two nights - Hotel Zoom. A charming little, urban hotel that bascially we´d arrive at to sleep, have breakfast and not see again all day. 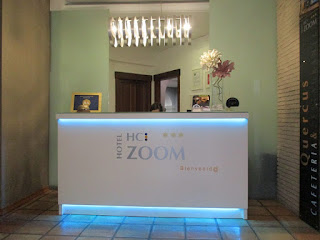 A good buffet breakfast tucked away and it was my turn to drive a red Evoque, I´d never driven an automatic before and was pleasantly surprised at how easy it was. 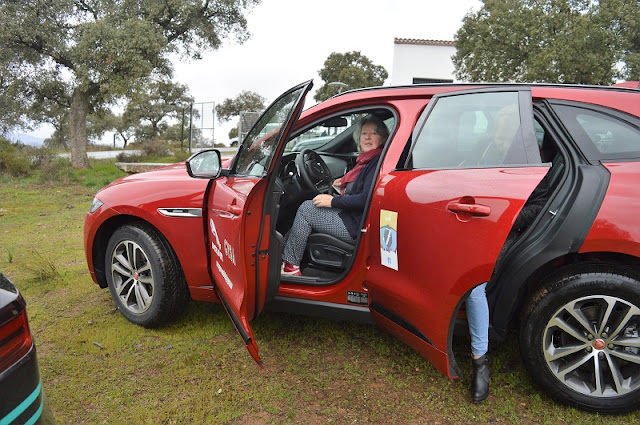 Parque de San Martin was our destination for coffee and cakes and a visit to the Centro de Interpretación de la Ganaderia de Los Pedroches to learn all about the pastures and animals here. 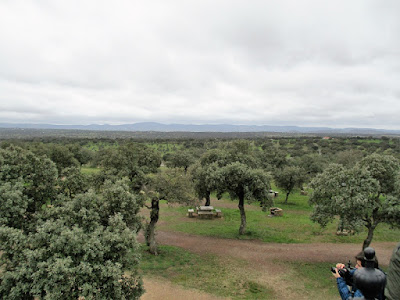 From the San Martin park to Belloterra, a curer of Jamon, a visit I'd been wanting to do and what an incredible sight, not for vegetarians, with thousands of pigs legs in various stages of curation to produce some melt in the mouth jamon. 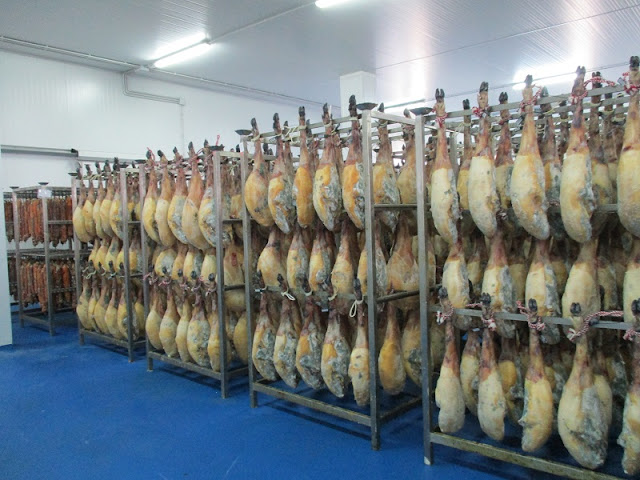 The town of Añora was rather unusual as the buildings are clad in granite and not the just the normal white-washed houses.... 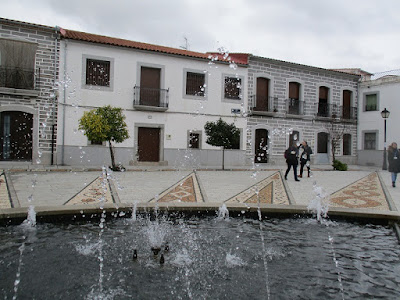 and it´s museum - Museo de Añora a local customs and traditions museum with displays of the local handiwork of the ladies here and the crosses they make. 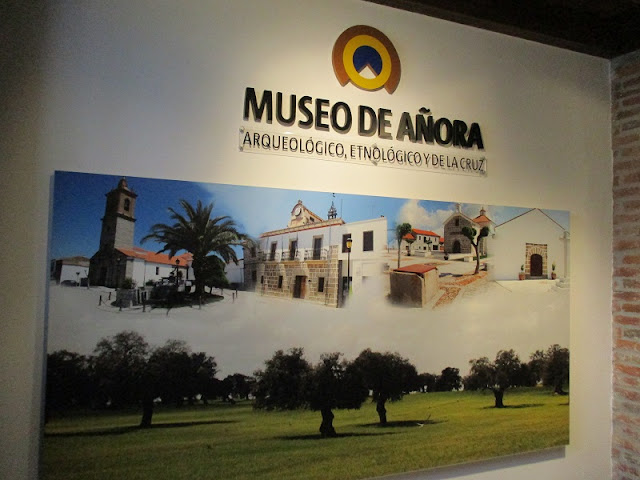 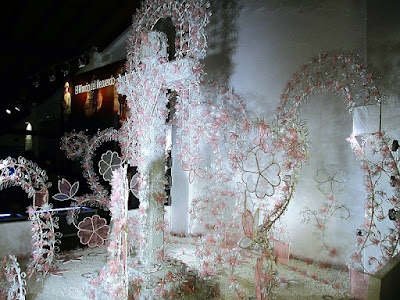 The town of Dos Torres has some treasures even in the rain, the XV & XVIII century church - Iglesia de la Asunción in the monumental Plaza Mayor de la Villa. 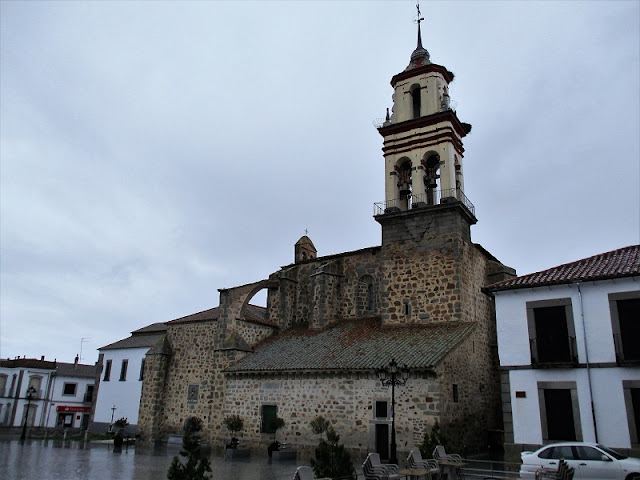 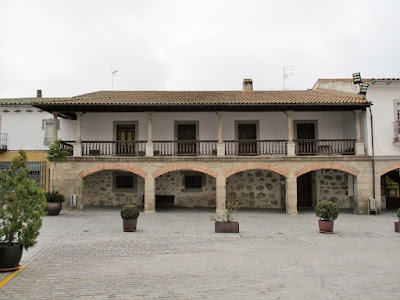 Just outside the town is the architecturally interesting Pozo de la Nieve, literally ' Well of Snow' which was built in the late 1700s to store snow or ice from the winter for use in the hot summer months. 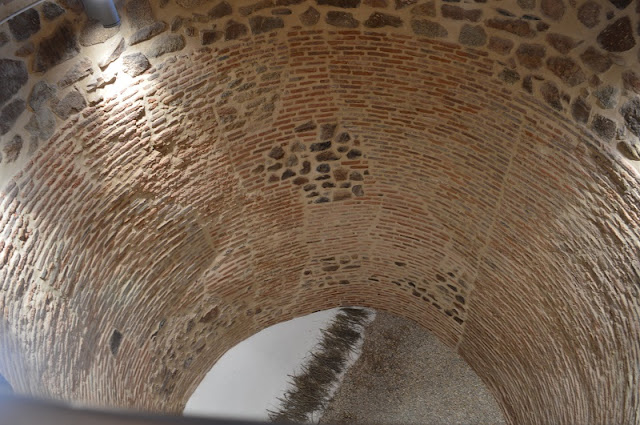 On to El Viso and an underground visit to the Refugio de la Guerra Civil Española, the air raid shelter built in the Civil War and opened to the public in 2010. Amazingly it could shelter 400 people but only standing as they are just tunnels under what is now the main plaza. 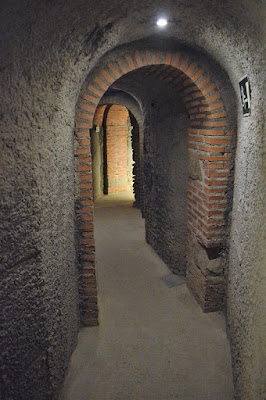 The museum here, Museo Auto Sacramental de los Reyes Magos, is another enjoyable visit and interesting fountain of history about the live nativity play which takes place every four years. 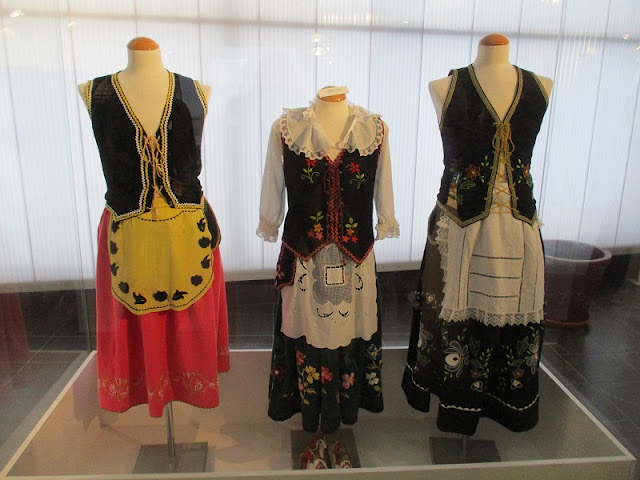 Villanueva del Cordoba was our last and rainiest stop of the day. A town I'm certainly going back to explore. After an introduction by the mayoress and a visit to Convento de "Las Obreras" and its stunning wooden Mudejar ceiling we headed underground again and escaped the rain into another rather cavernous and attractive air raid shelter where various local retaurants had spread their fare for our supper. 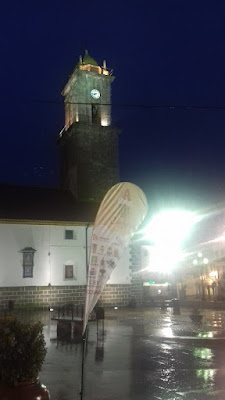 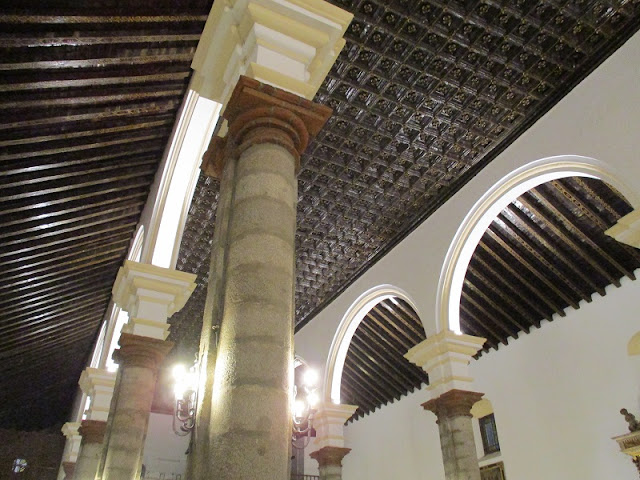 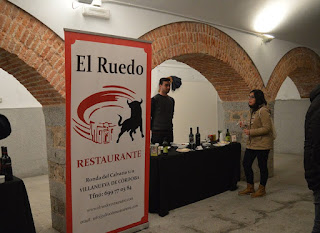 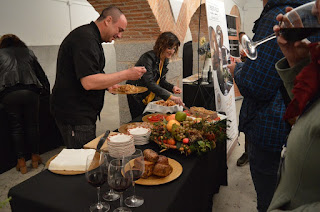 And so ended another experience filled day in Los Pedroches, back to Pozoblanco to sleep, eat then explore more.

Sunday morning saw us heading to Belalcázar which has the second most important religious monument in Cordoba province after the Mezquita - El Convento de Santa Clara de la Columna. An enormous convent, originally a monastery, with important works of art and beautiful architecture throughout. 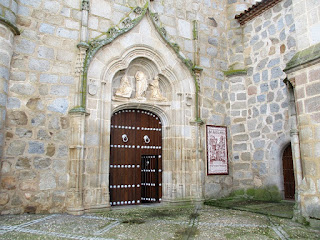 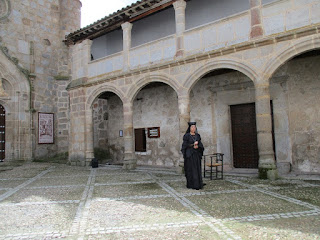 We saw so much and a lot was packed into the weekend that it has opened our eyes to yet another beautiful area of Andalucia. My son is going soon and we will return. So which town was my highlight?  Well the 17 towns that form Los Pedroches are Alcaracejos, Añora, Belalcázar, Cardeña, Conquista, Dos Torres, El Guijo, El Viso, Fuente La Lancha, Hinojosa del Duque,  Pozoblanco, Santa Eufemia, Torrecampo,  Villanueva del Duque,  Villanueva de Cordoba and Villaralto.

The two that I liked best out of the ones we visited were Villanueva de Cordoba and Hinojosa del Duque, the latter has a museum with a fabulous brick-vaulted ceiling, a lovely huge plaza, it's the last town in Andalucia on the Mozarabe Route to Santiago de Compostela and there's a lovely Bed and Breakfast where we sampled more jamon and a great local red wine. Next trip I plan on staying at that lovely B&B - L'Antigua, which may well soon be on my Only Spain - Boutique Hotel and B&B collection. 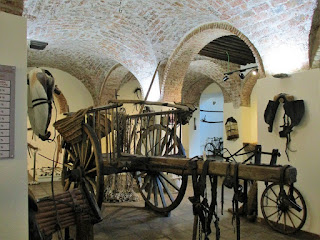 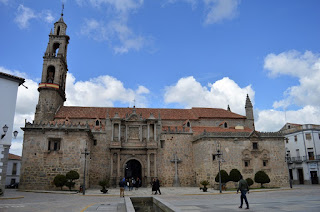 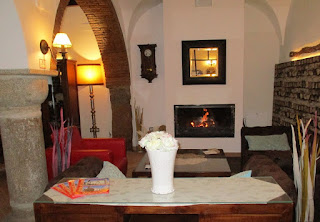 A memorable weekend, we don't usually pack so much into a weekend but iniciatives like this are great because they give you a taster of a lot of places and then we pick and choose and return at a slower place.

Thank you A Una Hora de and Los Pedroches and all the towns that welcomed us, guided us and fed us so well.