Fortress or Forteleza de la Mota in Alcala la Real is the last point on the Ruta de Catillos y Batallas - the Castles and Battles Route.

The route runs north to south through Jaen province covering 19 fortifications in varying states of repair. Forteleza de la Mota is one of the most complete fortresses on the route because the Catholic Kings forced a surrender rather than the normal and destructive battles that ensued. 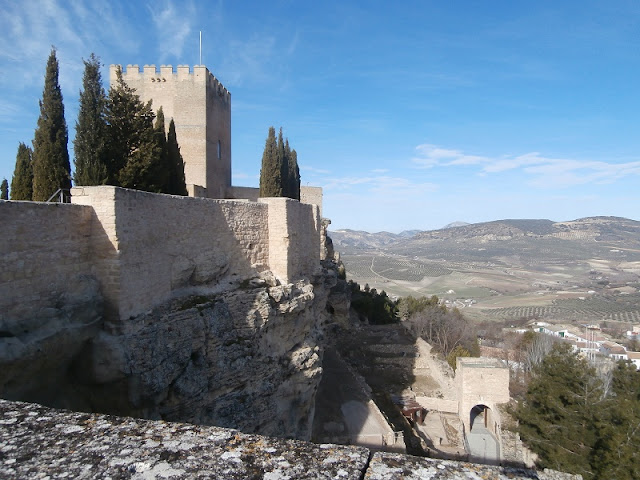 See the enormous castle in Baños de la Encina which is also on the Castles & Battles Route.
Email Post