It's that time of year when the pomegranates have just about finished, the trees have lost their leaves and all the colour is on the ground, but they are still decorative. 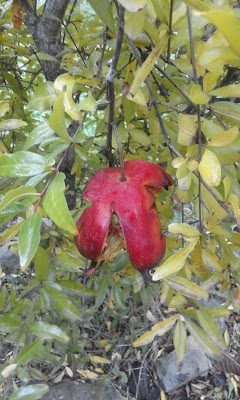 The pomegranate is not only the symbol of Granada city but in Spanish granada means pomegranate. Look closely and you'll see this vibrant fruit all over the city in pictures and etchings. It was the Catholic Kings who first used the pomegranate as a symbol when the final stronghold of the Moors, the Alhambra Palace, fell into their hands. 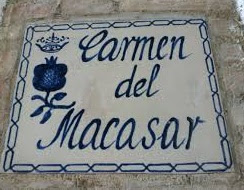 Pomegranate trees are deciduous, in winter they're twiggy and boring then, those new fresh green leaves burst forth in spring, followed by beautiful orangey-red flowers which become gorgeously rich coloured fruit, first like earrings then christmas tree baubles. Even after the fruit has ripened and burst open to reveal those beautiful ruby coloured seeds, which are packed full with antioxidant properties, and they fall to the ground or relished by birds the dying, drying tough skin takes on its own beauty. 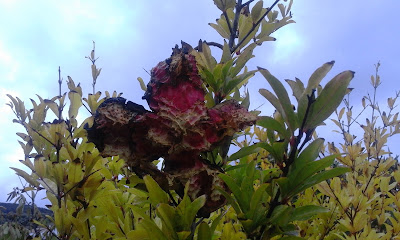 It's said to have originated from Iran and Afghanistan and is mentioned in the bible, where there are 163 commandments of the Jewish faith relating exactly to the number of seeds in every pomegranate. I haven't counted them personally but a tour guide once told me she had checked four and they were 163 seeds in each one. I'm happy to believe that and save myself the count. 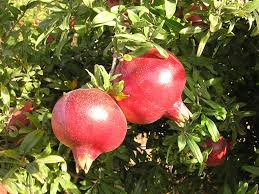 We have a pomegranate tree in Casa El Reguelo garden which I'm trying to keep small, but every year it astounds me with its beauty in every season and it's abundance of decorative seasons ending in a ruby-rich harvest.