The Patios and Courtyards of Cordoba

The patios and courtyards were both the garden and outside sitting space for private houses, and are now a symbol of life as it was. Each courtyard was open to the usually bright blue sky for light and a gave a vision of space and peace within urban city life. 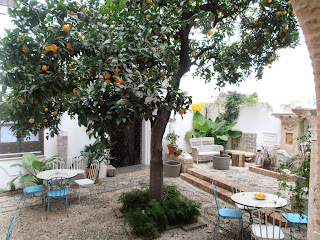 They range in styles and size depending on their origin. Greek and Roman traditions gave us the cloisters and porticoes as a centre of the home. Then the Moors added water features to make an oasis of peace within the sanctuary. In these times three civilisations, Jews, Christians and Moors, lived and worked together in these areas of tranquility. 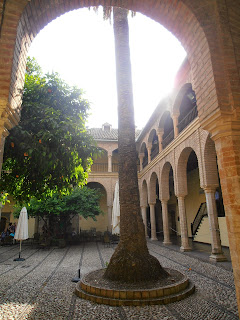 Some of the most impressive in architecture belong to the Convent of Mercy and the former Augustian Convent. But those that open for the Patio Competition every May are only a small number of the patios throughout the city. Look through each doorway as you pass by and the majority have an internal patio that beckons but isn't available to visit. 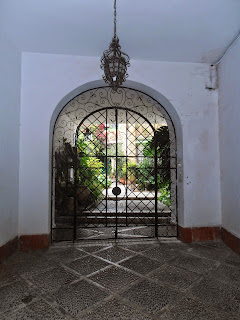 One of the greatest courtyards is that of the Mosque, the Patio of the Orange Trees. An enormous open space with trickling water, orange trees and palm trees stretching towards the heavens. It's easy to imagine the relief and peace this patio brought to those escaping the city streets in the heat of the day for meditation and prayer. 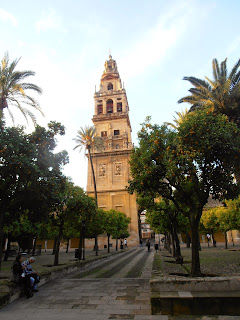 The smaller popular patios known as 'neighbours houses' or 'the houses of many' developed over time by the proximity of people and dwellings, with no particular scheme except the outside living space with a cooker or cooking area, a washing sink and often a communal well. Which is why when you visit the patios you soon discover every one is unique. 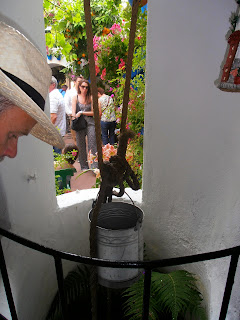 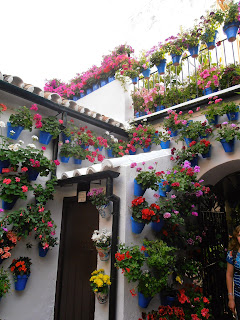 Roman, Arabic, Baroque and 19th century Cordoba formed the fabulous monuments we can visit today in this bustling flat city with its fabulous Roman bridge crossing the mighty Guadalquivir River. 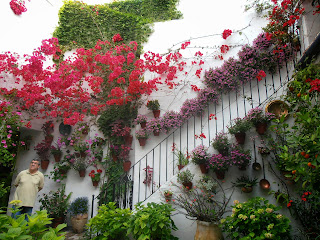 Cordoba which has so much more on offer than the courtyards and patios, although they alone are the worth the visit. I'm sure you won't be satisfied with just one experience of this beautiful city, it has so much to explore.


Other posts about Cordoba