For the Love of Spain

For the Love of Spain - Guest Post by HSBC Expat

Spain has typically been a very popular country for expatriation and … it’s obvious why. Hats off to the Spaniards; vivacious, welcoming and fun, they’ll ensure your time in Spain is truly memorable. Work life and free time harmoniously intertwine to create an enviable quality of life. Here we share some tips to get you started in this wonderful country.

Places to go in Spain

In Madrid, the enchanting neighbourhood of Chueca is where you will find a swarm of expat activity. It’s a great area for nightlife and Spanish gastronomy including some of the best tapas restaurants.

The Basque country has a strong economy with many important national and international organisations based here. Casco Viejo (Old Town) in Bilbao is a popular spot but you may not want to live there. The area of Indautxu has been recommended as cool, but a little pricey sometimes.

Barcelona’s Barrio Gotico (Gothic Quarter) or Barri Gótic in Catalan is a maze of winding streets brimming with mystifying history. To socialise with an artistic crowd, go to the district of Gràcia which feels much more like a village—but it’s a village in a city, since Barcelona ate it whole!

Cadiz in Andalucia (the south of Spain) is a famously hospitable city for expats, but do not expect an expat-overloaded locale because the andaluz culture is still very much intact. The area round Seville in Andalucia is known as la sartén de España (Spain’s frying pan) as it gets so hot there that you could cook an egg on the ground, so beware of the summer heat! 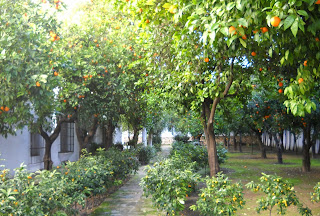 Make sure you extend your reach and get as much access as possible to the Spanish language — a great way to do this is by setting up a language exchange. Find a Spaniard looking to practise English, then spend one hour both speaking English, the next with you getting to grips with Español. There are language schools dotted all over every city, but you should definitely book yourself into a group class to meet other like-minded people in the same boat.

You should note that, however, Spain is a linguistically diverse country. Residents of Catalonia (encircling Barcelona) speak Catalan and in the Basque country they speak Basque a.k.a. Euskara. Euskara is in fact unrelated to any other language and so can prove difficult to learn but if you move to this area you should definitely try to learn it as the local residents will very much appreciate your attempts.


For more information on moving to Spain, you can check out the HSBC Expat Hints & Tips Tool for top information from other expats.

This guest blog post was written by Expat Explorer, brought to you by HSBC Expat.