Monday Morning Photo - There´s Snow in Them Their Hills!

My back door view Monday 16th April sun, cloud, snow. After a rather wet weekend the clouds lifted from the hills and yes that is snow. Click on photo if you don´t believe me. 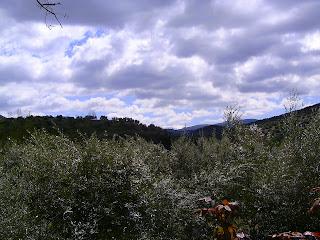 April showers, April snow and April sun all on one day in Jaen.