Surviving as a Vegetarian in Spain

Vegetarians: hippy loons who shirk the juicy deliciousness of meat for uninspiring plates of greens. Why on earth would they want to visit Spain, home of the ham and purveyors of fleshy fineness?

Let’s not be shirked. Take Gaudi as inspiration. If he could force his way into the Spanish hearts and minds through the simple act of not eating meat, then surely we can do it too? Take it from me; you’re going to go a lot further than simply survive!

First take some solace. Unless you’re accustomed to life as a yogi master or PETA frontline campaigner, life as vegetarian in Spain needn’t be too traumatic. Yeah it’ll be tough at times (explaining yourself for example), but let’s face it, you’ll probably come out all the stronger for it by the end of your stay.

The good news is, like everything, that it gets easier when you know how to handle the situation. By being organised and looking into your destinations beforehand (check out HappyCow for a list of veg-friendly places) you’ll be filling your belly in no time. 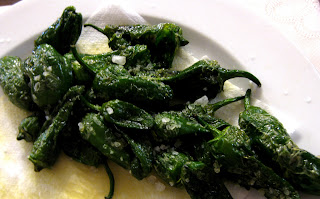 Coping with the Mentality

Before you do get going however, know that one of the biggest stumbling blocks you’ll likely face, and one can that pose problems getting on with the people, is mentality. At first sight Spain appears to have a total lack of understanding toward the big “V”.
But times are changing. Scratch the surface and it’s possible to see the shift with the Spaniards adopting Meatless Monday, as well as in the information inroads that magazines like Cocina Vegetariana are helping to make.

Yet because many restaurants give free reign for things like bacon, ham or tuna to find their way into “supposed” vegetarian dishes, you must have patience.

It’s important to not let these bad experiences colour your general attitude!

Survive from the Shops

Eating out is only one survival option. If you’re budget is taking a bashing (like mine often is) you’ll be glad to hear that getting your vegetarian fill in supermarkets and shops is a doozie.

Start at the markets. Use them to stock up on all your fruit and veg for the week. That’s what I do here in Cáceres where there’s a great Wednesday morning farmers market.

Keeping your eyes on the ingredient list in supermarkets goes a long way to veggie heaven too. You might need a bit of schooling in Spanish vocabulary, but a little goes a long way. Take this recipe for stuffed avocado with basil pesto for example. Getting everything you need for this is straightforward enough.

Also worth a shout out are health food shops and herbolarios for things like tofu, rice, soy and faux-meat foods. The dietética sections in these places can be a relative treasure trove. Check out Madrid’s NaturaSi as a strong case in point. 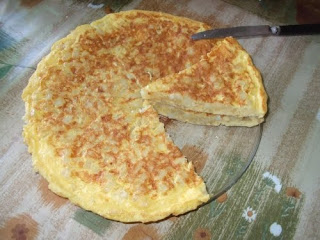 Coming to Spain and not having the chance to indulge in the tapas culture is akin to a murderous crime. Yet for the plenty of veggies who avoid it like the plague, my heart bleeds for you.
There really isn’t any reason why we can’t hit the terraces for tapas too. If you look closer, past the meat, you’ll find there’s plenty on offer for both the vegans and vegetarians among us.

From my old favourite, the tortilla de patata (omelette with potato and onion) to a tabla de quesos (cheese plate), you can taste the best regional food without having to compromise your morals.

Want more? Try croquetas de patata and queso (deep-fried, filled bread) or the spice-fest that are pimientos del padron (small green peppers). These have made up a grand part of my study fuel.

My top tip? Copy down a complete list of veg-friendly tapas and carry it around in order to not miss out. Spain Expat, for their part, has a very comprehensive list of both vegan and vegetarian options.

So hopefully now after reading this, I’ll have put your minds a little at ease. After all, thriving, rather than surviving, as a vegetarian in Spain, is only as difficult as you make it!

And as for helping each other out? That proves we’re more than just hippy loons. Gaudi would be proud! 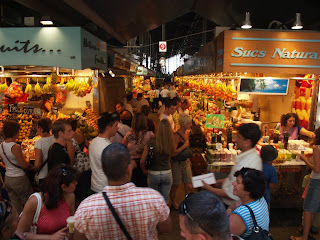 Email Post
Labels: being a veggie in Spain vegetarian in spain what can a veggie eat in Spain