It´s preying mantis season again, going from one type to anthor. We´ve just had the smaller ones the colour of dried grasses and now it´s the large bright green ones.

Yesterday this fellow was inside the front door curtain, I popped him on a plant and got some not very good photos. This morning there was one without a head outside the back door. Poor chap. We know what he´d been doing. 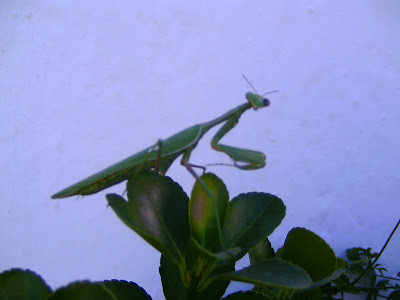 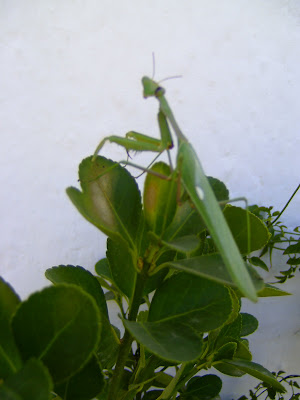 They are just so amazing,the head rolls around on its neck to look at you with a feeling that they´re going to pounch.

I think Bug´s Life did its take off of them excellently.