Unbelievably a year has flown by since my first birthday escape with hubby, there's been many a road trip in between, but birthday escapes are more special, don't involve work and aren't press trips. His birthday month isn't my favourite by a long way, but we did escape again, a week later on 1st February. 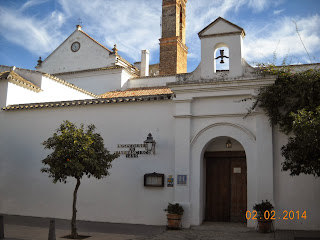 This time we headed east of Cordoba to Palma del Rio, not particularly for the town but for a hotel I'd had my eye on for quite a while - Hotel Monasterio de San Francisco. 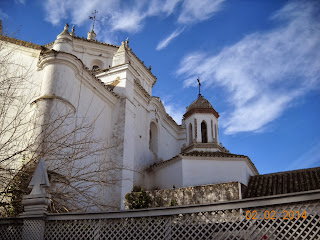 Founded, in 1492, the same year as the Catholic Kings rode into The Alhambra taking possession of it from the Moors in Granada, the last Moorish stronghold in Spain, and from their gains funded the first voyage of Christopher Columbus. 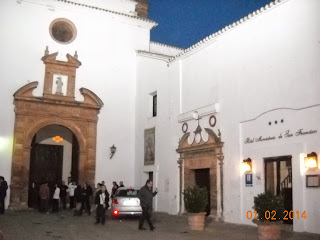 Our bedroom was ample and very nice, a little austere but not cold in temperature or feel. The weekend was grey and chilly but at least it wasn't wet as it had been for weeks maybe even months, and the outside of the building as well as some parts inside showed signs of damp. 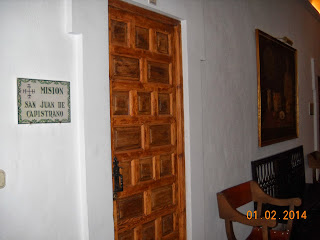 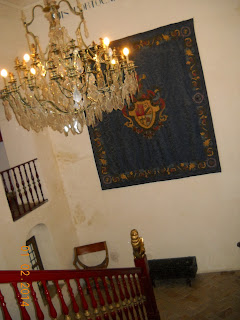 The monastery, once inhabited by over 500 monks, oozes history and touches of charm and being a sucker for antiquities, patios and wooden beams I loved it. 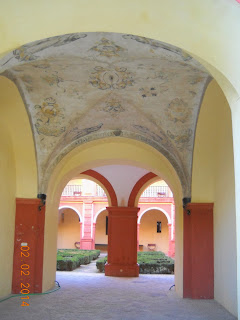 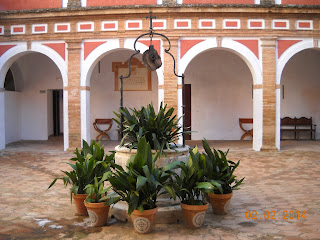 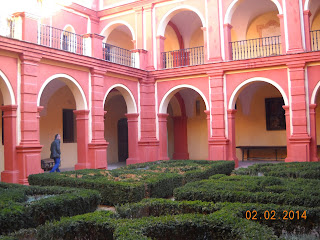 The hotel is only 3* an there isn't bar, but a welcome and very nice 'fino' sherry was a welcome treat before dinner after a wander through the town and sampling a beer or two. We went back to prepare for dinner and relaxed wine in hand under an amazing huge wooden beamed ceiling. 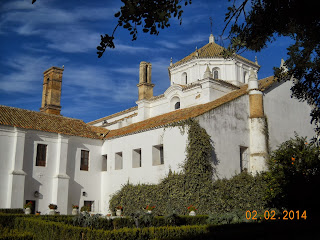 Dinner in the hotel was very good, included in our D,B&B (special offer) price, we had homemade pate then Salmorejo followed by pork loin with scalloped potatoes a nice bottle of red and waiter service. A previous 'Plato de Oro' winner, it was a rare and enjoyable treat having a silver-service three-course meal as tapas in bars have become the norm.

The monastery gardens complete with individual kitchen garden beds, rows of orange trees and a pool I could imagine a necessity in the heat of a Cordoba plains summer. The bell tower complete with storks overlooked all and I could visualize it ringing, calling the barefooted leather-shod gardeners in for mass. 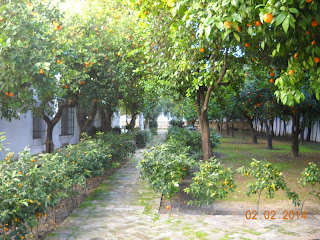 The next day dawned bright and sunny, we didn't feel quite the same but wanted an early start to make the most of our escape, and having been told of a nearby air display we headed away from home and into Sevilla province, land of holm oaks, black pigs and orange groves.