Bell Route of Almanzor - Campana Ruta de Almanzor a symbol of the wars between the Moors and Christians and in particular a bell stolen from the Christians by Moorish troops led by Almanzor in 1002 and later recuperated and returned to Santiago de Compostela.

This bell is in the grounds of the Parador in Cordoba, La Arruzafa, to the north of Cordoba city on the site of the Moorish ruler Abderraman I's summer palace. 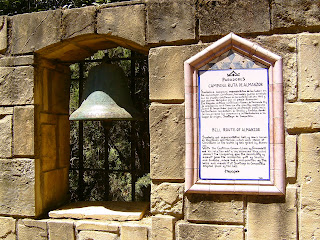