This is my photo for East of Malaga´s August photo challenge - Looking Up. The first one was taken in Puerto Lapice and the second in Alcazar de San Juan both in Castilla- La Mancha on the Don Quixote Windmill Route on the flat plains of Spain just south of Madrid.

Not being able to decide which one to post - I posted two! I like the way the sails form a cross in the first one, I´m sure it wasn´t the plan when I took it! 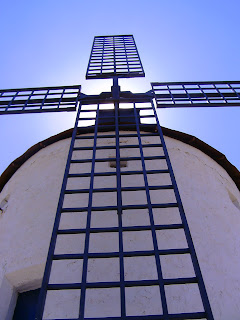 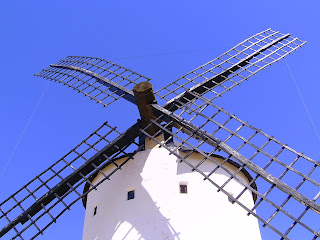 See more windmill photos and read about my trip to the hot arid plains and Spain´s windmills.