Having also been meaning to experiment with drying something different to figs and grapes the chance came when I was given a bucket of tomatoes. As well as my own we were rather inundated.

There are only so many tomatoes one can get through in a day, especially when none of the sons eat them. So I chopped some up and popped them in the sun for three days (see figs for how) and hey presto.

They now sit in a jar of extra virgen olive oil waiting to be used, I could have put them straight into a jar on their own, but thought I´d give the oil a go. I think they´ll need using much sooner in oil though.

When I´ve put herbs in olive oil before they haven´t kept very well, going mouldy  quite quickly, so I'll use them this week, I just wanted to see how much flavour they infuse the oil with. 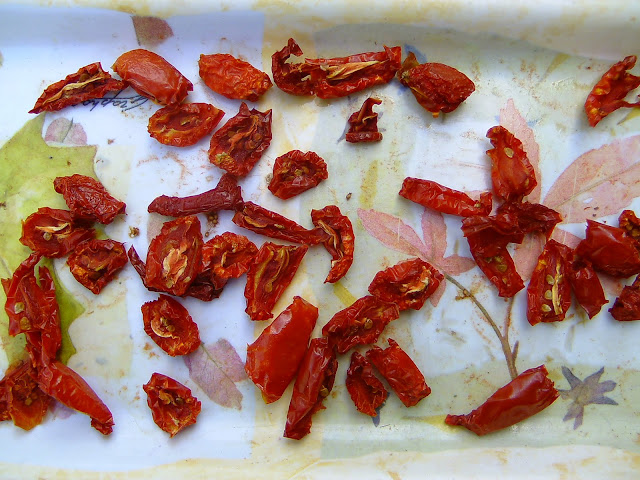