Yet another visit to Malaga airport, this time I flew into Leeds Bradford. Being New Year´s Day I presumed that everywhere would be busy. Wrong. Both the drive down and Malaga airport were the quietest ever.

Normally I drive down and leave my car parked in one of San Julian´s abundant airport parking facilites, just 1 km away but cheaper by far than nearer or in the aiport itself. This time family were returning and I had a leisurely journey down, able to admire the many times done route, as a passenger and nanny! 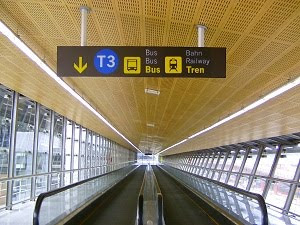 I dumped my case at the check-in and had a wander down to the bus stop and train station to find out the possibilities of getting home.

My return flight from Birmingham arrived early afternoon and I fancied a bus ride for a change. 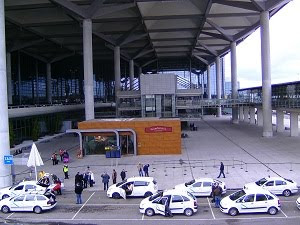 Buses run every half hour from outside arrivals into Malaga bus station which then offers a huge choice of routes and destinations. Alsa is the main company from there.

In the end my return trip was an airport pick-up with case weighing in at 20.9 kilo case (no Ryanair didn´t charge excess), the bus trip will have to wait for a lighter load return.