Comares - the Highest and Prettiest White Village in Axarquia, Malaga

Comares, around an hour by car from Malaga airport, is one of the highest (703m) and prettiest white villages in the province of Malaga. Located in the foothills of the Montes de Malaga mountains it is one of the 31 villages that make up the area called Axarquía.

Our drive, from home in the north of Andalucia, brought us to Comares the longest and windiest but most breathtaking way. Comares appears and disappears with every twist and turn of the road and the many hairpin bends as it's perched on a rocky outcrop with stunning views all around. 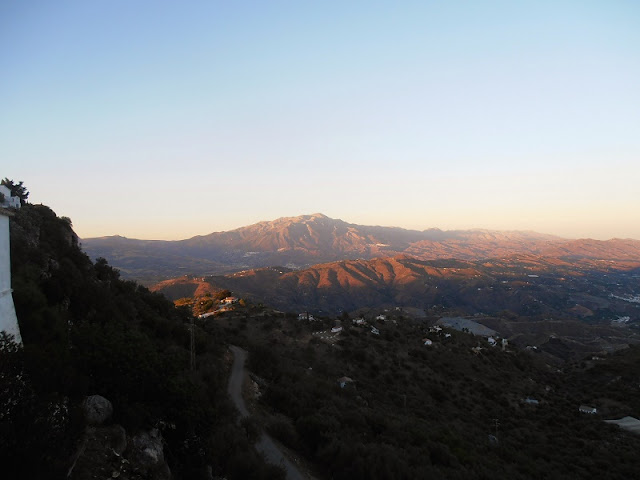 Our entrance to the village was blocked as cars were being kept out ready for the Fiesta Verdiales which unfortunately for us was the next day and we had to leave early. A stroll up the steep streets revealed balconies to rival Ronda with far-reaching views down to the Mediterranean Sea at Velez-Malaga. Reaching the top the pretty plaza festooned in fluttering yellow/red and green/white flags also revealed our abode for the night - El Molino de los Abuelos. 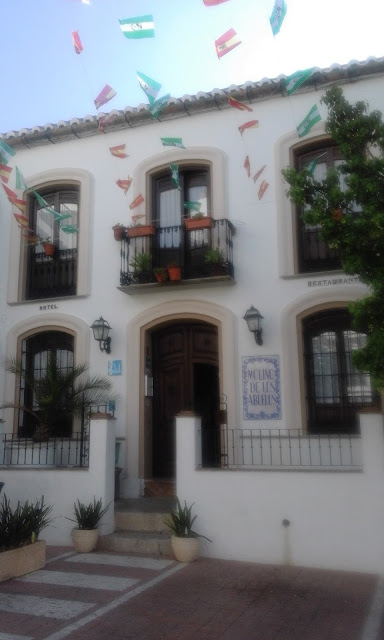 This gorgeous, ancient olive oil mill, although I don't for the life of me understand why an olive mill was built at the top of a steep
hill, is charmingly, warpingly, lovely. Full of pots, plants, dark wooden beams, cobbled patios and in the main room, now a restaurant, the original olive oil press and machinery is still intact. There's also a bodega - the storage rooms with the ceramic storage jars and all the old tools and equipment decorating every spare spot, a museum in itself. 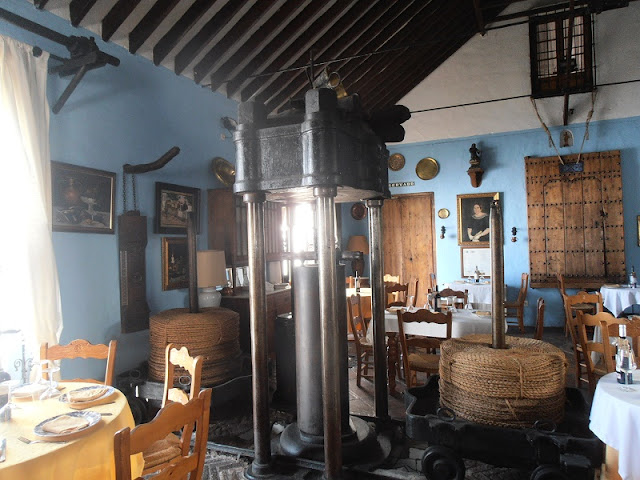 Our pretty little bedroom was one of only six delightful rooms, we left our bags had a quick refresh and went down to explore more. My camera constantly in hand as the hotel opened to a lovely patio area with it's own little balcony and large view with a refreshing breeze and even more welcome cold beer. 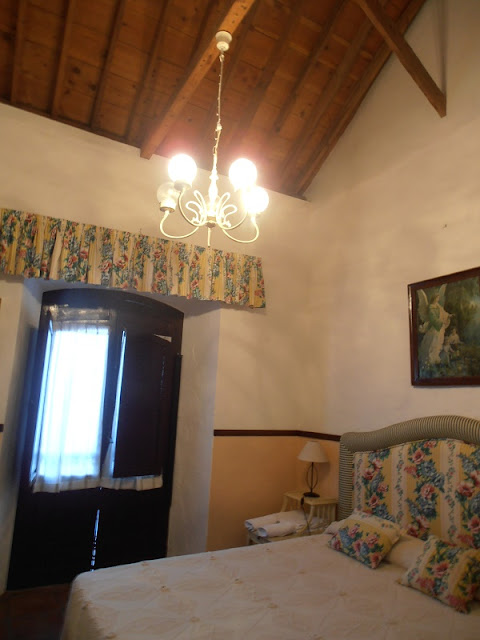 As usual we had arrived later than planned so instead of exploring we dined in. The menu, service and food was very good, we sat in fading daylight then moonlight, candle lit, with the mountains silhouetted and twinkling lights of Torre del Mar, 24 km away on the coast, we both said we'd go back - but we probably won't as there are so many other places to explore! 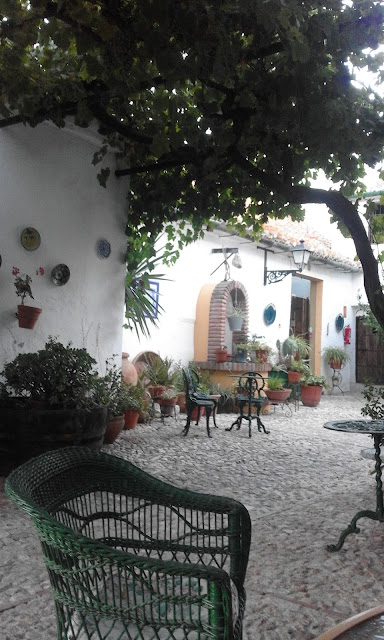 Before breakfast, with cameras in hands, we watched the morning light change on the mountains and the mist lift from the main balcony then turned to explore the village. An abundance of ceramic and tile plaques informed us about some of its history dating back to the third century. We followed tile footprints around the charming narrow streets with vestiges of its Moorish past spilling out from tiny viewing points, and plazas culminating at the castle. 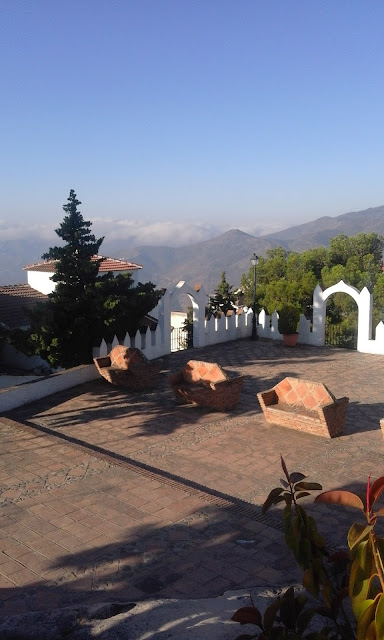 Once one of the main defenses for Omar Ben Hafsun and protection for the ruins found on the Mazmullar plateau about four kilometres away. Two towers from the town wall still remain and the castle and Arab water storage at the highest point provide fabulous views - to the south olive and almond groves cover the rolling mountains and to the north a more dramatic mountainous skyline. 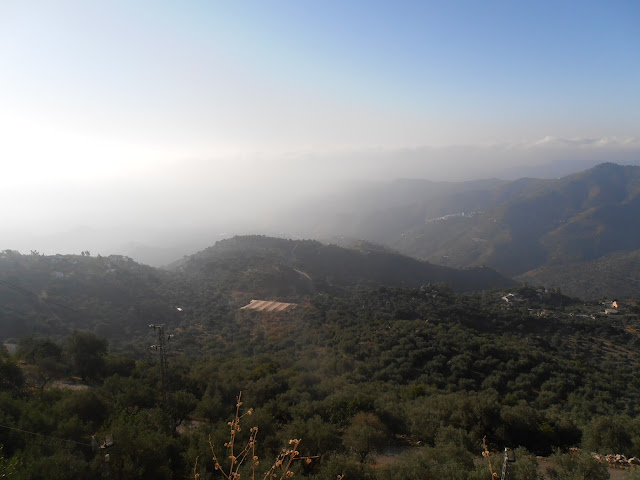 We left Comares sadly but pleased to have discovered its charms and wound down some more narrowish roads with stunning views until rounding one hairpin bend produced a simultaneous 'wow' as the road appeared to drive directly into the sea. A satisfied hubby thoroughly enjoyed driving until I had to ask to swap as my stomach wasn't keeping up with the twisting, turning road and rather unusally I was glad to see the main A7 coast road and civilisation coming closer.

Or OnlySpain my collection of Boutique Hotels in Spain which will soon include Molino de los Abuelos.