Castillo de Almodovar del Rio in Cordoba built by the Moors around 760 as a fortress later passed into the hands of Fernando III and became a Royal Residence. A touch of street lighting the bus shelter and car bring it bang up to date. 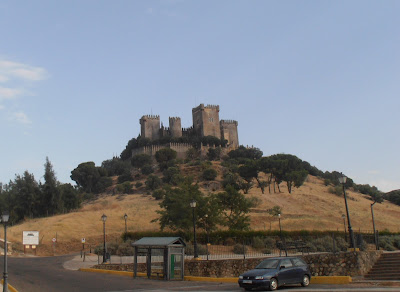 Another ancient castle and the last one built in Spain, Castillo de Calahorra in Granada snapped from the car with modern road signs galore. 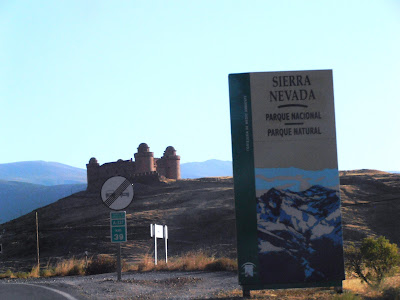 My blog links for this month are two great visual feasts:

Eduardo Rodriguez at Andaremos whose photography is stunning, follow him as he travels the world. With its title Andaremos por el Mundo We Will Walk Around the World you get to visit many places through his photos.

Spain by Mike Randolph, another great photographer portraying Spain in all her glory. Enjoy.