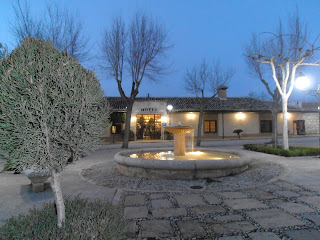 Hotel Hacienda La Laguna
In the geographical heart of Jaen it is surrounded, unsuprisingly, by olive groves spreading out to the looming mountain ranges of Sierra Magina, Sierra Morena and Spain´s largest Natural Park Sierra Cazorla, Segura and Las Villas. 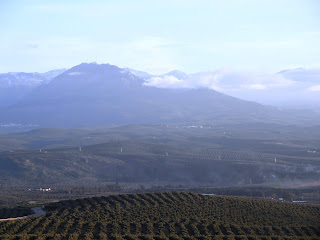 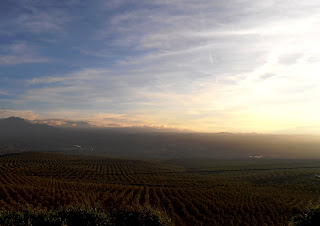 Dating back to the 17th century the hotel sits in 62,000 sq mts estate or hacienda next to the Natural Reserve of La Laguna Grande a 1.4km walk from the hotel with a footpath of 2km around the man-made lake. 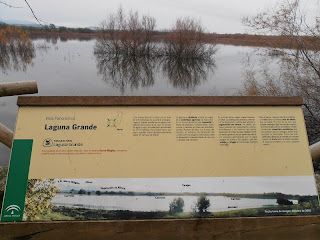 The complex has a spa, a large outdoor swimming pool with snack bar which is open to the public as well as hotel guests, a cookery school, a farm park and an olive oil museum. 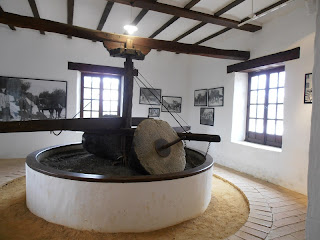 After a wander around Baeza, a smallish country town with narrow streets and fabulous sandstone Renaissance buildings, we arrived at the Hacienda just before dusk. A typical low building surrounding internal patios our bedroom, one of 28, was off one of these tree-filled patios. 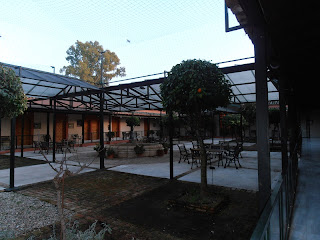 Every room is named after a type of olive, ours was Verdial an olive grown for its high yield of oil. 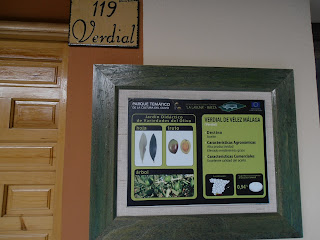 After inspecting our very pleasant good-sized room we explored the around the hacienda and made plans of how to fit the planned walk, museum and spa session into our one night stay. This was hubby´s birthday treat. 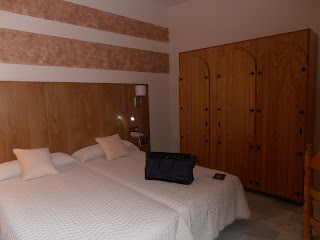 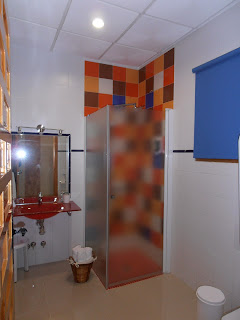 Breakfast and the spa session were included in our overnight package and we definately wanted to walk to the Laguna, which being January seemed rather weather dependant. Although we arrived with more blue sky than cloud it was much too late, and was also beer time. 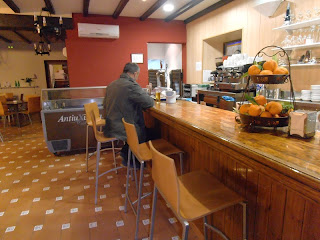 We planned to get up earlier than we normally do on Sundays, have breakfast, walk to and around the laguna, have a spa session and visit the olive mill before checking out. Our (paid for ourselves) package also included a late check-out of 2pm rather than the normal 10am which we made the most of it.

A lovely escape in a peaceful place.