The Via de la Plata or Silver route starts in Seville and heads north following the Portuguese border to Gijon. This route has existed since ancient times when pilgrims walked the mountains, valleys and plains a scenic route with flourishing copper and precious metal mines.

The route took on even greater importance when The Romans invaded the Iberian Peninsula in 218 AC. and footpaths sprung up crossing the country and uniting Gijon to Sevilla via Astorga, Leon, Zamora, Salamanca and Merida one of the more important towns. 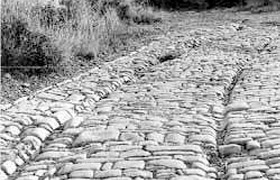 The Via de la Plata was the most important path from l to XlX centuries from which other paths were created and during th emiddle age it became an important drovers path for huge flocks to move around the country.

The Silver route has an incredible history and is an amazing legace of temples, aqueducts, bridges, arches, fortresses, folklore and craftwork. 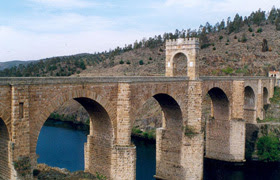 Starting in Seville it passed the ruins of Italica the old city of Betica Romana, the route then goes to Zafra and Almendralejo, Merida to Caceres and Plasencia.

This takes us into Castilla y Leon passing through Bejar and Salamanca heading north we reach Zamora from there crossing fields of crops and lagoons to Benavente and on to Astorga and Leon. Into Astura and the towns of Campomanes and Pola de Lena towards Oviedo and to the end of the 1,000km path in Gijon.