It´s glorious weather for April, far too hot suddenly, what will July be like? That should mean it´s a go ahead for all the Easter or Semana Santa fiestas, pilgrimages all across Spain.

My local town Fuensanta de Martos in Jaen province, northern Andalucia holds a live re-enactment or Passion Play every year. A long-lived tradition that was lost during the civil war years but was later reinstated. The townspeople, especially youngsters love taking part as the 'actors' portray the Easter story in the streets. 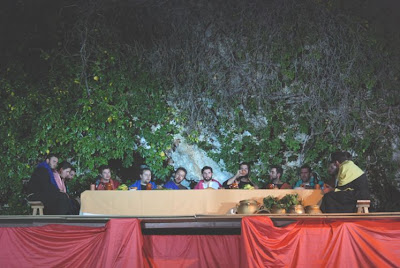 The Roman soldiers arrest 'Jesus', contemplate his fate and then drag him to one of the three permanent crosses, up on the rocky outcrop above the park and the huge fountain. With an incredible atmosphere somewhere between a party and riot during the arrest of Jesus and then the 'actual' hanging on the cross it´s certainly an odd experience with some people weeping and others making fun. 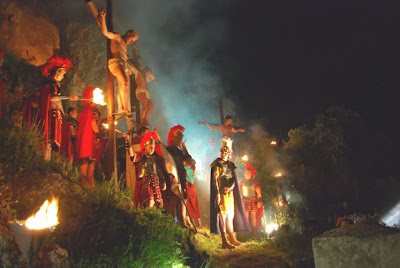 Locals and family members return from all around Spain for Easter weekend and this event which takes place at dusk on jueves santo the Thursday before Easter Friday.


Where to stay nearby? Casa Rural El Reguelo.