La Alhambra in Granada- The most visited Spanish monument in the last five years with 3.096.829 visitors in 2011. 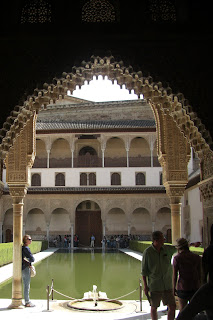 La Sagrada Familia in Barcelona - The icon of modern architecture has seen an explosive increase of visitor numbers from 2,3 millon in 2010 to 3,2 millon in 2011. These statistics top those of La Ahambra making it the most visited for 2011.

Museo Reina Sofia in Madrid - A NeoClassical XVIII century building housing, among others, XX century art by Miro, Dali and Picasso. Along with the Prado and the Thyssen this is forms the golden triangle of art museums in Madrid.

Mezquita de Cordoba in Cordoba - After La Alhambra and before the city of Seville the Mezquita is the most visited monument in Andalucía with 1.266.724 visits in 2011. 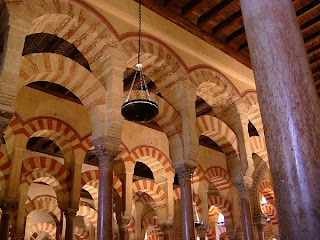 Catedral de Santiago in Santiago de Compostela - A Roman, Barroque and Gothic cathedral used by pilgrims since the Middle Ages. Around 3 millon are thought to have visited by only one door is controlled so the exact figures are unknown.

Museo Guggenheim in Bilbao - A museum of contemporary art whose design is by Frank_Gehry. During 2011 it received 962.358 visitors, 62% of which were foreigners.

Catedral de Burgos in Burgos - The Cathedral Basílica Metropolitana de Santa María is one of the most famous Gothic churches in Spain. In 2011, 350.000 people visited this UNESCO site.

El Alcazar in Segovia - One of the most iconic castles in Spain, its history spans nearly nine centuries. Declared a UNESCO site in 1931. 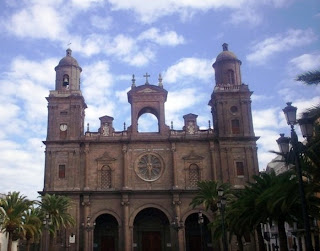 Basilica del Pilar in Zaragoza - One of Spain´s most significant Barroque temples on the banks of the River Ebro. An artists sanctuary that sees thousands of pilgrims every year.

Teatro Romano de Merida in Merida - Known as one of Spain´s twelve treasures with a diameter of over 86 metres, this, along with Merida´s historical center has been recognised by UNESCO since 1993. 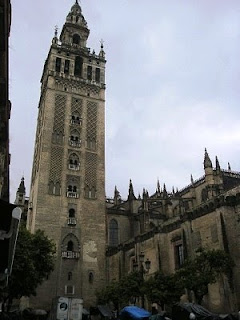 La Giralda in Sevilla- The towering bell tower, a Moorish minaret, of Santa María Cathedral is 97,5 metres tall and is the third most visited monument in Andalucia.